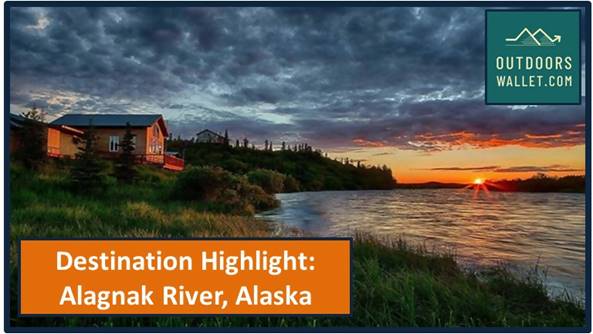 If you want a river that has it all, look no further than The Alagnak River. This remote river will require a quality guide and outfitter, but will reward you with amazing scenery, fantastic fishing, and abundant wildlife. Even if you’ve already fished in Alaska, the Alagnak River should not to missed. As always, our goal is to: Get You To Better FishingTM.

Let’s just say, not all Alaska fishing vacations are created alike. During prime fishing season “The Last Frontier” state of Alaska swells to over 8 times its population with visitors. This causes many of its rivers to take on more and more fishing pressure each year, especially on rivers within a 2-3 hour circumference of Anchorage. Luckily, that is not the case with the Alagnak River, it is still as pristine and unspoiled as it gets fly fishing Alaska.

Known worldwide for its stunning landscapes, thriving fishery and cultural heritage, the river highly deserves its “Wild & Scenic” designation and protection. It is at the top of many anglers’ dream bucket list of Alaska fly fishing destinations. If you are interested in a trip to the Alagnak River, this highlight will let you know what to expect and can help to plan a successful trip. 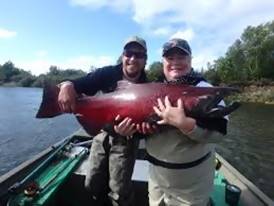 Why Fly Fish The Alagnak?

The Alagnak River flows through captivating wild lands that are home to abundant wildlife. For anglers exploring the area, it is not uncommon to see moose lingering by the riverbanks, a bald eagle resting in a spruce tree, or a brown bear feasting on salmon spawning in the waters.

For many centuries, locals who lived near the Alagnak River relied on its natural resources for food and water. To this day, natives situated in nearby villages still hunt and fish the area. Many adventurers flock the Alagnak River for its combination of fly fishing, Class I to III rapids, wonderful wildlife, and breath-taking scenery. Additionally, fish abundance, both in terms of numbers and species, has made its waters one of the most popular fly fishing destinations in Alaska.

As one of the major rivers in the Bristol Bay Watershed, the Alagnak River is one of the tributaries of the Kvichak River, which originates from Lake Iliamna. Its waters flow through Kvichak Bay before meandering into Bristol Bay. This allows anglers to raft or wade any stretch or distance from its sources at the Kukaklek and Nonvianuk lakes to its mouth. Notably, the Alagnak River has massive runs of various salmon species. While other rivers have incredible runs of just Chum or Sockeye, the Alagnak River is known to have solid runs of all five species of salmon.

The five-species run starts in late June with King Salmon and Sockeye. Towards early September, Coho (Silver), Chum, and Pink salmon begin their huge runs. Rainbow trout can be fished in the entire system, with the largest concentration found in the Alagnak River braids. Anglers will also find Grayling and Dolly Varden in the braids and other areas where the salmon spawn.

One thing to keep in mind as you plan your trip, is that there is a big difference between the lower versus upper Alagnak rivers. 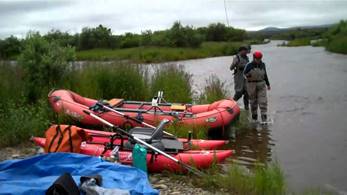 The lower Alagnak is a larger river with access to lodges and more boat access.  By contrast, the upper Alagnak, accessible only by float plane to the lakes that feed it as a source, can only be rafted and takes a minimum of a 6-7 day trip to navigate class 1-3 water, with more primitive camping accommodations.

There are three major airports closest to the Alagnak River:

Typically, the most convenient route is to book any flight connecting through Anchorage, to King Salmon, AK.  From there, you will require the assistance of an outfitter and float plane service to access the upper stretches of the Alagnak.

It can be challenging to find a detailed map for fly fishing the Alagnak River. However, you can get zoom in capability of what to expect in the area by checking out this map:

The map also includes the campsites and lodges closest to the Alagnak River.

When choosing the best season to visit the Alagnak River, you must consider what type of fish you are after. If want to catch Grayling, Rainbows, and Dolly Varden, you can go anytime between the first week of June to the end of September. On the other hand, if you are trying to catch one of the massive salmon runs, the time of year will vary by species.

For Sockeye, it is best to reach the lower portion of the river by the

third week of July. However, towards the beginning of August, you can still expect good Sockeye fishing in the upper section of the river. Meanwhile, you can enjoy an abundance of King Salmon for the entire month of July. From the second week of July to late August, you will be able to catch a good amount of Chum and Pink Salmon. Coho (Silver) Salmon will allow you to enjoy a longer run  from late July to early September.

Best Flies For The Alagnak

Your outfitter or guide will provide the best flies you need, or if you want to take some of your own or are on a self-guided trip after being dropped off by an outfitter, then you’d be well advised to take more flies than you think may be necessary.  Think in terms of large streamers, egg patterns, large deer hair mice for the gargantuan rainbows on the Alagnak, and a mix of attractor patterns such as wooly buggers with tinsel, etc.  There are many “Alaska packs” of flies, that give you a better bargain when you buy in bulk, such as:

If you’re after Rainbows, Dollies, and Grayling, consider using a dry fly like this one:

Once you’ve tried using this fly, you will find it to be one of the most productive patterns ever made. You can use it for fly fishing in all four seasons.

If you’re fishing from July to August, it can be productive using egg patterns for the many species of salmon:

On the other hand, if you want to go after the massive runs of King Salmon, the ideal flies are streamers such as Muddler Minnows. Here’s a good choice:

What To Expect Fishing The Alagnak 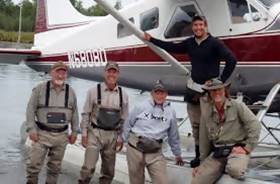 It is quite challenging to plan a trip to the upper wilderness part of the Alagnak River on your own. Therefore, it is best to hire a reputable guide to help you start off on the right foot. There are many companies that offer their services for reaching the Alagnak River.  For an outfit that will plan and execute every part of your trip, consider Pere Marquette Outfitters. They will provide you with insider tips on everything you need, even arrange your lodging and airport transfers.  For further information about Pere Marquette Outfitters, and some additional informational websites about the Alagnak, here are some useful websites:

If a wilderness float camping among the bears isn’t your thing, you may want to stay at an Alaska fishing lodge instead, that allows you to kick back indoors after a long day on the river.  Some of the most well known Alaska fishing lodges include the following.  Some of these are on the (lower) Alagnak, while most of these are not on the Alagnak, but are on other rivers and bays known for excellent fishing. Some specialize in an area such as Bristol Bay fishing (where the Alagnak river eventually flows), others cater to anglers after specific fish such as king salmon lodges::

Finally, if you are really smitten with the lodge life in Alaska, especially some of the best fishing lodges in Alaska, and are looking for a change, consider looking at Alaska lodges for sale!  Fly fishing AK really can’t be topped, so consider owning and running your own fly fishing lodge. 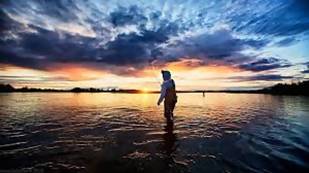 Just remember when you run your own lodge, some people who haven’t been to Alaska before are thinking in terms of an “Alaska river resort” and are surprised when accommodations are more rustic than they may be used to from warmer weather beach vacations.  And you’ll get calls from people who have heard about a famous river, think it’s in Alaska when it isn’t or even confuse different places, such as salmon rivers lodges (which could be in Idaho or Alaska!).  So as long as you can keep a sense of humor, and don’t mind the twists and turns of working with customers of all kinds – some experienced fly fishermen and some not – you’ll do terrific.  Or, consider if you’d prefer to run an outfitter and guide shop instead.

Reader Feedback: Have you had an experience fishing the Alagnak river? If so, share with us and our readers!

The form has been restored from your last edit. If wish to start over, please click the button

Your form has been submitted

Thank you for submitting the post
We have received your post. We will update you as soon as it is approved

We faced problems while connecting to the server or receiving data from the server. Please wait for a few seconds and try again.

If the problem persists, then check your internet connectivity. If all other sites open fine, then please contact the administrator of this website with the following information.

Some error has occured.

WATCH VIDEO: You Might Be A Fly Fishing Nut If…