You are here: Home1 / Fly Tying2 / The Chubby Chernobyl 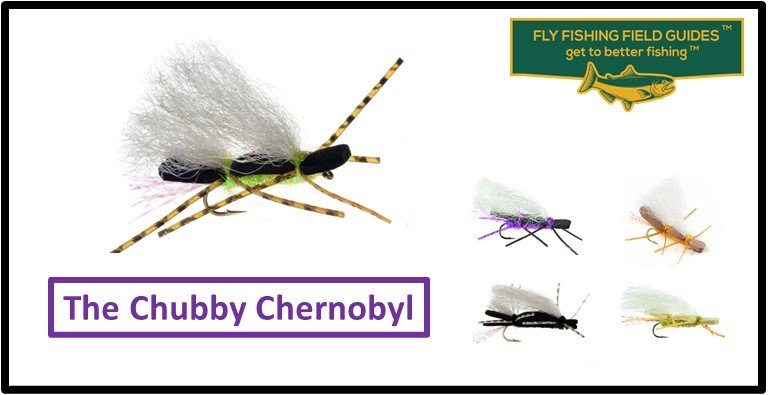 The Chubby Chernobyl comes in many colors and patterns, will float all day long, and brings fish to the surface for tail slapping strikes.

1. About The Chubby Chernobyl

The Chubby is one of the original large foam “terrestials” that loosely resembles a large grasshopper in shape, if not colors, and just works.  It comes in many colors and patterns, will float all day long like a life preserver.  It’s known for bringing fish to the surface for tail slapping strikes. 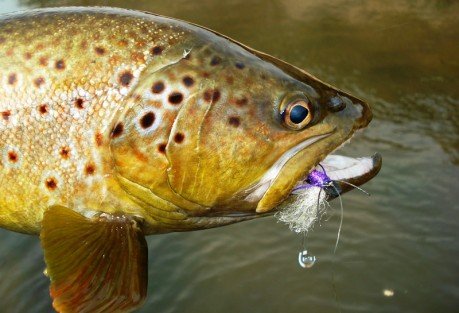 The Chubby has played a formative role in the art of dry/dropper fishing.   The combination of wing and foam body float so well, you can carry wet droppers under it up to even a size 6 – practically streamer sized.  Fished as an indicator fly, you’ll be twice as effective picking up on takes of your dropper in addition to hits on the surface.

Fish the Chernobyl as a searching pattern when you start, if no hatch is evident, or change out to it when the fish just aren’t buying your attempts to match the hatch.  As one of the best dry flies for trout, you can fish the CC like any large terrestrial such as a grasshopper, except use it year round, using the following techniques:

Here’s how to catch trout using the Chubby Chernobyl – be ready to set the hook when you get aggressive strikes.

For fly tying, this is a straightforward fly, we’d put it at a lower-intermediate level fly, with lots of room for error.  It does require a range of skills and several different materials, so would be a challenge for a beginner but a great fly to challenge yourself to move to intermediate level.  For experts, this is a great fly to tie in a variety of patterns, as well as invent your own color combo or even slight design variations.

There are many variations on the CC, here’s one of our favorites, or substitute your own colors and materials:

5. How To Tie The Chubby Chernobyl

We think that this video by Umpqua Signature tier fly tying expert Greg Garcia has a great overview, with his take on uses of the fly, materials, and how to tie it.  As an Umpqua tier, you know his approach will lead to a quality, durable, effective fly.

If you prefer to purchase, here’s an option for you: